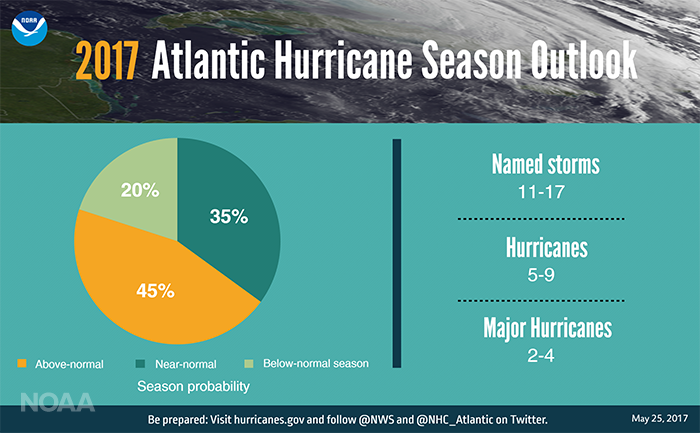 “As a Florida resident, I am particularly proud of the important work NOAA does in weather forecasting and hurricane prediction,” said U.S. Secretary of Commerce Wilbur Ross. “These forecasts are important for both public safety and business planning, and are a crucial function of the federal government.”

On Saturday, April 29th, 2017 Broward County’s longest established fundraiser hosting the community’s “who’s who” was held at The Signature Grand in Davie, FL. The evening started at 6pm with cocktails and a silent auction. The evening also featured a live auction, seated dinner and dancing to entertainment by the popular band No Limits.

The emcee was Steve Shapiro, Channel 7 sportscaster. There were special presentations by Jim Robertson regarding the Generals Club. This year’s Hall of Fame inductees were Ann Marie & JR (Jim) Dunn fromThe Ed Morse Automotive Group and The Gary Wendt Foundation.

Now Is The Time! Have The Fuel In Your Generator Tested For Free!

Are you sure that the fuel in your generator is still good and will work when you need it the most? We will send a technician out for FREE to do a visual inspection for water, bacteria and the overall quality of your fuel. He will pull a sample from the bottom of your tank so you can see exactly what it looks like. After the inspection we will send you a report with our recommendations. You’ll have the peace of mind knowing if your fuel is still dependable or if you need to take action to have it polished. No Obligation! (Dade, Broward & West Palm Bch. only).

United Way of Broward Rock United Battle of the Bands

The Fort Lauderdale International Film Festival (FLiFF) and Steve Savor hosted a fun-filled Derby party to celebrate the 143rd Run for the Roses on Saturday, May 6 at Savor Cinema. Guests were encouraged to put on their Derby best and be prepared for an exciting evening filled with food, fun, fashion, film and, of course, America’s Greatest Race. Preceding the race, guests enjoyed a reception in the newly renovated courtyard, replete with authentic mint juleps provided by Woodford Reserve, the Official Bourbon of the Kentucky Derby, bourbon-soaked ribs, Kentucky fried chicken and more. The race was live-streamed on the theater’s 30′ high definition screen and prizes were awarded for picking the winners, as well as the most creative Derby hats, bonnets and outfits. Following the race, the theatre showed “Let It Ride,” the 1989 comedy starring Richard Dreyfus and Teri Garr about a cab driver who wins big at a horse race, but can’t seem to stop gambling. All proceeds benefited the Fort Lauderdale International Film Festival.