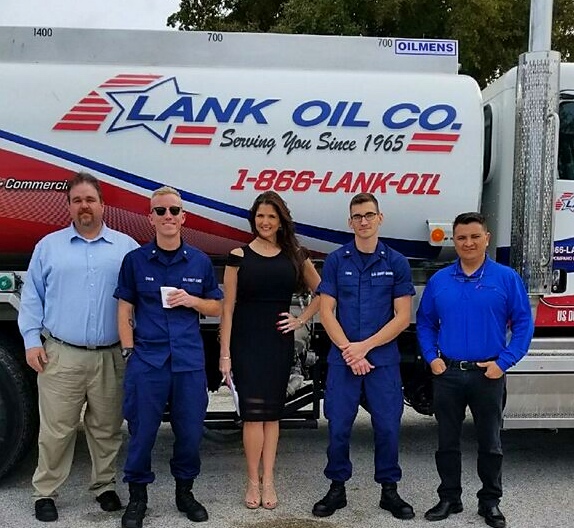 On January 17, 2018 members of the United States Coast Guard visited Lank Oil Company for their annual Facility Inspection. This inspection consisted of a review of records of Driver Training, Hose Inspections and Tank Inspections. A fuel truck was inspected. Operations Manual and Facility Response Plan was also reviewed. We are proud to say that Lank Oil passed with flying colors! This inspection is required for Lank Oil to remain USCG certified to bunker fuel across the water to boats.

A Dinner in Tuscany
with Lank Oil Company

On Saturday, January 13, 2018 Lank Oil Company held their annual company party to celebrate another successful year. The Dinner was held at Hugh’s Culinary and featured a Tuscan themed Cooking Experience. Many of Team Lank participated in the cooking experience and helped prepare the food for the group! The cooking was lead by non other than Hugh himself! It was a fun night with delicious food and drinks, camaraderie, music and even a little dancing!

On Thursday, January 18, 2018 the Boys & Girls Clubs held their annual Cattlemens Party at Alligator Rons Saloon at the Bergeron Ranch. It was attended by current and prospective “Cattleman” level supporters of their popular Ranch Roam event that will be held on March 10, 2018 at Ron Bergerons Ranch. Click here for more information on this unique and fun event!

Lank Oil Is Now Able to Deliver To
Boats Docked In Port Everglades!

Lank Oil Company is now licensed to offer bunkering services to all sizes of ships and yachts that are berthed in Port Everglades. We can coordinate the berth for you! Call us for more information 954-214-2265